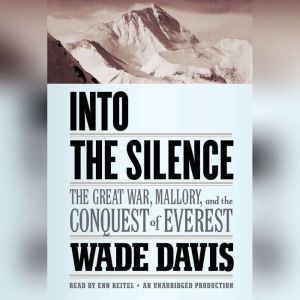 Into the Silence: The Great War, Mallory, and the Conquest of Everest

On June 6, 1924, two men set out from a camp perched at 23,000 feet on an ice ledge just below the lip of Mount Everest’s North Col. George Mallory, thirty-seven, was Britain’s finest climber. Sandy Irvine was a young Oxford scholar of twenty-two with little previous mountaineering experience. Neither of them returned.

In this magisterial work of history and adventure, based on more than a decade of prodigious research in British, Canadian, and European archives, and months in the field in Nepal and Tibet, Wade Davis vividly re-creates British climbers’ epic attempts to scale Mount Everest in the early 1920s. With new access to letters and diaries, Davis recounts the heroic efforts of George Mallory and his fellow climbers to conquer the mountain in the face of treacherous terrain and furious weather. Into the Silence sets their remarkable achievements in sweeping historical context: Davis shows how the exploration originated in nineteenth-century imperial ambitions, and he takes us far beyond the Himalayas to the trenches of World War I, where Mallory and his generation found themselves and their world utterly shattered.  In the wake of the war that destroyed all notions of honor and decency, the Everest expeditions, led by these scions of Britain’s elite, emerged as a symbol of national redemption and hope.

Beautifully written and rich with detail, Into the Silence is a classic account of exploration and endurance, and a timeless portrait of an extraordinary generation of adventurers, soldiers, and mountaineers the likes of which we will never see again. 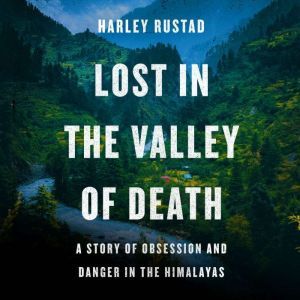 Lost in the Valley of Death
Harley Rustad
Club: $13.99