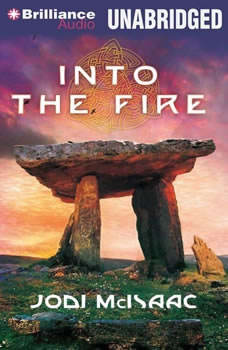 Cedar McLeod would like nothing more than to return to Tír na nÓg, help rebuild the mythical kingdom, and start a new life for herself and her daughter, Eden. But peace is isn’t what Cedar finds after being reunited with her little girl. Nuala — who kidnapped and terrorized Eden in her previous bid for power—has returned and is making a persuasive claim for the vacant throne. The devastation such a ruler would bring upon both the kingdom and the human world is unthinkable. With no one else to stake a convincing counter-claim, Cedar steps forward . . . but first she must prove her worth beyond a doubt. Her opportunity comes when she is charged with finding an ancient treasure, the Stone of Destiny, and returning it to its rightful home. It is a quest that will lead her to question her beliefs, and push her loyalties to their limits. If she succeeds, Cedar could grant her new world and her new family a chance to flourish again. If not . . . destruction may be the only path ahead. Into the Fire, the second book in the Thin Veil series, is a captivating blend of Celtic myth, mystery, and adventure that delves deeper into the ancient world first explored in Through the Door.