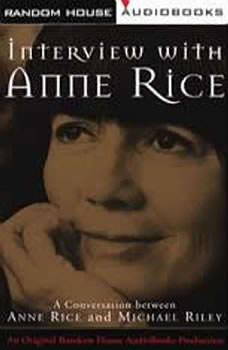 Interview with Anne Rice: A Conversation between Anne Rice and Michael Riley

This conversation with Anne Rice shows how she emerged from high school determined not to get married unless she could complete her education and achieve creative freedom. Responding to interviewer Riley's questions, Rice discusses how her religious background influenced her work, which she describes as a spiritual quest. In fact, the ghosts she often writes about are memories from the past, she claims, that have come back to haunt her. She credits vampires with helping to solve her own youthful gender dilemma because they represent the true spirit of sexual freedom; they're sensuous rather than sexual: true to feelings unfettered by convention or creed. Moreover, she explains the role research plays in her work, her thoughts on creative freedom, her future plans, and present lifestyle. An important audiobook-exclusive interview for Rice fans.

This Boy's Life
by Tobias Wolff