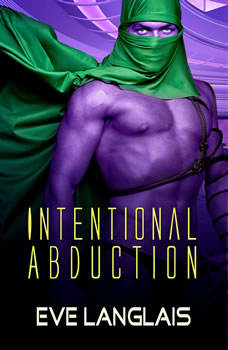 She intentionally abducted him because of his prowess, so when the chance arose, he stole her for revenge. Aylia is on a quest to get pregnant, and in the time-honored tradition of her people, she must find a suitable male for the task. Seducing a warrior is harder than she expected, especially when her body turns traitor and melts at his touch. When he flips the situation around and takes her prisoner, he somehow manages to steal her heart. And she might just have to kill him to get it back. Being the scourge of the galaxy comes with consequences, like females wanting his body--and males wanting his head. After he meets Aylia, he learns that not all battles are fought using fists and knives and the deepest wounds come from the heart. Through the vastness of space, brothels and unmentionable places in between, can this stubborn pair overlook their pride and past to come together? Or will they forever abduct each other, unable to admit their love?