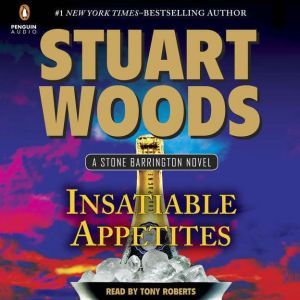 It’s a time of unexpected change for Stone Barrington. A recent venture has achieved a great victory, but he is immediately faced with a new challenge: an underhanded foe who’s determined to wreak havoc at any cost. Meanwhile, when Stone finds himself responsible for distributing the estate of a respected friend and mentor, the process unearths secrets that range from merely surprising to outright alarming. And when a lethal beauty from Stone’s past resurfaces, there’s no telling what chaos will follow in her wake. . . .

Ever a master of keeping cool under pressure, even Stone might have his work cut out for him this time . . . because when grand ambitions collide with criminal inclinations, the results may be more deadly than he could have anticipated.