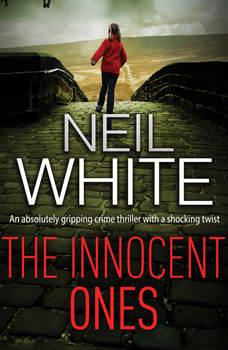 By day, the park rings with the sound of childrens excited laughter. But, in the early hours of the morning, the isolated playground is cloaked in shadowsthe perfect hiding place to conceal a brutal murder. When London journalist Mark Roberts is found battered to death, the police quickly arrest petty thief Nick Connor. Criminal defense lawyer Dan Grant along with investigator Jayne Brett are called to represent himbut with bloody footprints and a stolen wallet linking him to the scene, this is one case theyre unlikely to win. But then help comes from an unlikely source: the murder victims mother says that Connor is innocent, begging Dan and Jayne to find the real perpetrator. Unraveling the complex case means finding the connection between Marks death and a series of child murders in Yorkshire over twenty years ago. A father of two, Rodney Walker has spent years in prison after being convicted of killing six-year-old William and seven-year-old Ruby back in 1997. But when Mark Roberts gets on the trail of the story, convinced that Walker is innocent, he exposes secrets that have long been buriedsecrets so dark, someone will kill to keep them hidden.

Where the Wild Ladies Are
by Aoko Matsuda/Polly Barton (Translator)

Innocent Ones, The
Dan Grant and Jayne Brett

From the Shadows
Dan Grant and Jayne Brett

Darkness Around Her, The
Dan Grant and Jayne Brett