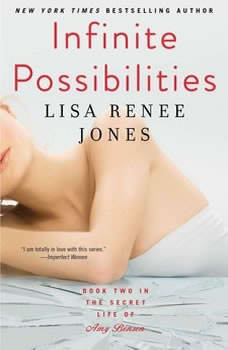 From New York Times bestselling author Lisa Renee Jones, this second book in the sexy, suspenseful new “The Secret Life of Amy Bensen” series picks up Amy and Liam’s story after the cliffhanger ending of Escaping Reality. Overhearing her lover, Liam Stone, in an incriminating conversation, Amy Bensen flees, intending to disappear and start over with a new identity. But no matter how clever she is at covering her tracks, the billionaire’s resources enable him to track her down. And if he could do that, so can the mysterious, murderous people she’s been running from for six long years. But Amy is done running now, determined to uncover why her family was killed, and who is hunting her—and why. Liam vows he’s there to protect her, but can she trust him? Every time she questions him, his explanations are so easy to believe…almost too easy, given the dark, edgy passion that burns between them. If he’s part of “them,” he’s a deadly danger to her. And if he’s not, then she’s a danger to him: because he’ll become a target along with her. Does love stand a chance?