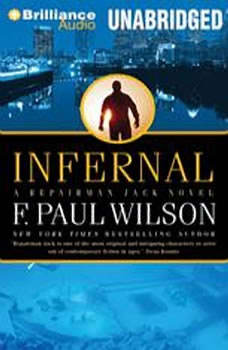 “F. Paul Wilson is a great storyteller and a thoughtful one.” —David MorrellThe ninth Repairman Jack novel begins with a tragedy that throws Jack together with his brother Tom, a judge from Philadelphia. They've never been close and Jack, the career criminal, soon finds that he adheres to a higher ethical standard than his brother the judge.Determined to get to know his brother better, Tom convinces Jack to go on a wild treasure hunt together. Armed only with a map pointing the way to a desolate wreck off the coast of Bermuda, the brothers come across something much stranger, and much more dangerous than mere treasure. “The name is Jack, Repairman Jack, and it’s a name worth looking up next time you want a great supernatural thriller.” —Fangoria“A worthy addition to the Repairman Jack series.” —Booklist