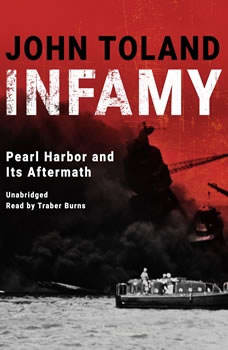 Infamy: Pearl Harbor and Its Aftermath

A revealing and controversial account of the events surrounding Pearl HarborPulitzer Prizewinning author John Toland presents evidence that FDR and his top advisors knew about the planned Japanese attack but remained silent.Infamy reveals the conspiracy to cover up the facts and find scapegoats for the greatest disaster in United States military history. New York Times bestseller.