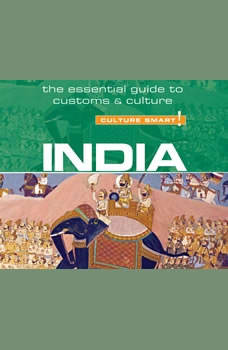 India is in transition. Since the publication of Culture Smart's first guide to India in 2003, it has been transformed from a developing, third-world country into the world's fastest growing economy. This completely new and up-to-date volume by American author Becky Stephen is unrivalled. It highlights the many subtle and not so subtle changes that are taking place in Indian society, describes and explains those areas of life where traditional attitudes and practices continue to prevail, and offers original insights, practical tips, and vital human information to guide you through the pitfalls and delights of this complex, vibrant, and increasingly important country.

Get 5% off your total order by adding 3 or more audiobooks from Culture Smart!