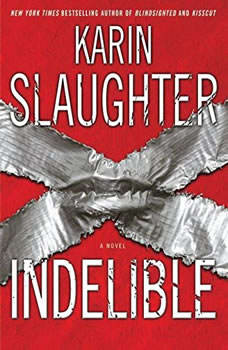 The internationally bestselling author, "squarely in the ranks of Patricia Cornwell and Kathy Reichs" (Publisher's Weekly), shows off her superb talent with this brilliantly conceived, skillfully executed tale of suspense.In Karin Slaughter's exciting new thriller, an officer is shot point-blank in the Grant County police station and Police Chief Jeffrey Tolliver is wounded, setting off a terrifying hostage situation with medical examiner Sara Linton at the center. Working outside the station, Lena Adams, newly reinstated to the force, and Frank Wallace, Jeffrey's second in command, must try to piece together who the shooter is and how to rescue their friends before Jeffrey dies. For the sins of the past have caught up with Sara and Jeffrey -- with a vengeance ...Deftly interweaving present and past, Slaughter -- dubbed "the new face of crime" by Book Magazine -- offers another brilliant knife-edge tale of suspense that cements her place among the most outstanding practitioners of crime fiction today.Performed by Becky Ann Baker

Welcome to the Custer Hill Club--an informal men's club set in a luxurious Adirondack hunting lodge whose members include some of America's most powerful business leaders, military men, and government officials. Ostensibly, the club is a place to g...

this is a hostage book, with a back story. the backstory part was very good... interesting... the actual hostage situation part wasn't as good. overall, i liked it though.