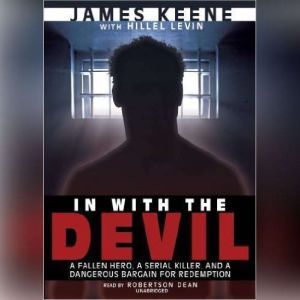 In with the Devil: A Fallen Hero, a Serial Killer, and a Dangerous Bargain for Redemption

James Keene had it all: cars, girls, houses up and down the Gold Coast. But behind his wellconnected star athlete faade was a moneyobsessed drug dealer desperate to make the big score to get him out of the business. When he was sentenced to prison, it seemed the only lessons he would learn would be about navigating convict society. Instead, he was offered a chance to regain his freedom in return for going undercover in the nations highest security prison for the criminally insane. His task: to get friendly with Larry Hall, a mentally unbalanced serial rapist and murderer, and obtain his confession. For nearly a year, Keene walked the line between the part he played and the self he hoped to redeem, all the while dodging punches from deranged inmates, currying favor with imprisoned Mafia dons, and staying beneath the radar of Larrys oddly protective psychiatrist.