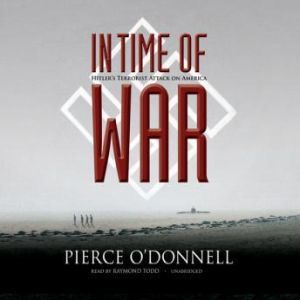 In Time of War: Hitlers Terrorist Attack on America

In 1942, eight Nazi saboteurs were caught on American beaches and executed. The decision was challenged in court but eventually upheld in the Supreme Court's ruling in Ex parte Quirina case that has frequently been cited by the George W. Bush administration in support of its declared power to hold "enemy combatants" and try them by military commission. But O'Donnell, a former Supreme Court law clerk, argues that we should be cautious in applying it as precedence, because the process by which it was decided by the Supreme Court was illegitimate.