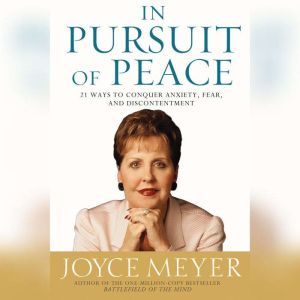 In Pursuit of Peace: 21 Ways to Conquer Anxiety, Fear, and Discontentment

The #1 bestselling author explores the myriad ways readers can experience a life overflowing with tranquility.