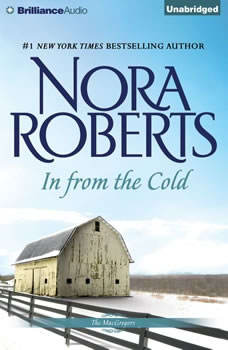 In from the Cold

#1 New York Times and USA Today bestselling author Nora Roberts enchants again with this beloved classic about the passionate and headstrong MacGregor family.In this story about an eighteenth-century MacGregor, we learn that battling the British couldn't prepare Minuteman Ian MacGregor for the fight he's got on his hands to win the heart of Irish spitfire Allanna Flynn.

In from the Cold
The MacGregors #7