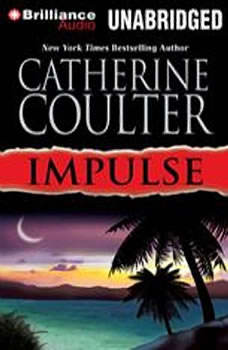 Dear Listener: Impulse is an exciting mystery suspense that first came out in 1990. I’ve done a bit of rewriting and updated it. Now, I want you to get ready. Rafaella Holland, a Pulitzer Prize winner, now a journalist for the Boston Tribune, discovers from her comatose mother’s journals that her “real” father is Dominick Giovanni, a wealthy, very powerful arms dealer who lives and runs his operations from his own private island compound in the Caribbean. She wants revenge for what he did to her mother. She wants to gather enough proof to send him to prison for the rest of his miserable life. Marcus Devlin manages the resort on Giovanni’s Island, private playground for the wealthy and powerful. He’s very good at what he does, but Rafaella wonders if he’s really what he seems. Then someone tries to kill Dominick Giovanni. Who? Then someone tries to kill Rafaella and Marcus. Why? As Rafaella and Marcus grow closer, events threaten to spin out of control when their small world on Giovanni’s Island starts to implode. Do try Impulse if you missed it when it first came out. Let me know if you figure out who is trying to kill Giovanni before you reach the end. E-mail me at ReadMoi@gmail.com or write me at P.O. Box 17, Mill Valley, CA 94942. Catherine Coulter

I read this book years ago and have read it 5 different times now. Its one of my favorite books ever and one of the best CC has done outside of her FBI series. This book had everything I love in a story, romance, suspense, action, and alot more.