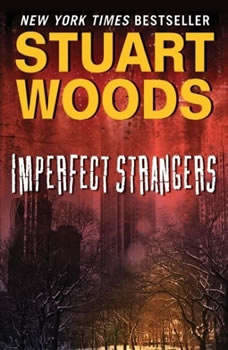 “The story races at a dizzying pace. . . . [Woods] does show a reader a good time.”—Washington Post Book WorldSTEP ONE:  THE PERFECT MURDER Sandy Kinsolving’s once-glittering life hangs by a thread; his future depends on his wife’s inheritance and whether or not she’s about to throw him out on his ear. What he wouldn’t give for a solution to his money and marriage problems.If this were an Alfred Hitchcock movie, the solution would be obvious. Enter a stranger with wife problems of his own, who offers a violent—and mutually advantageous—proposal.Then in the time it takes to whisper a word, Kinsolving’s normal life ends. What radiates like a mirage before him is wealth, security, and freedom. But lurking in the shadows are a brutal murder he cannot prevent and a madman who stalks his every waking moment.“One of the smoothest writers in the pop literature biz and always a pleasure to read.”—Detroit News