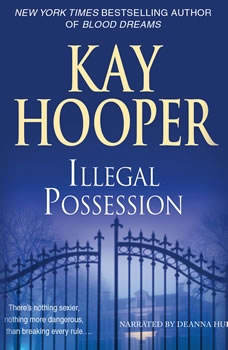 What she was doing was immoral, illegal, and could easily get her killed-but Troy Bennett wasn't apologizing to anyone. She'd been caught red-handed in the middle of a felony and she couldn't have picked a more dangerous man to be holding her fate in his hands. Not that straight-laced businessman Dallas Cameron intended to turn her over to the law. He had far more devious intentions for the sexy cat burglar. He planned to uncover the secrets of this complex and mysterious woman who broke into homes and yet had connections with Interpol, who rejected his interest but seduced him at every turn.