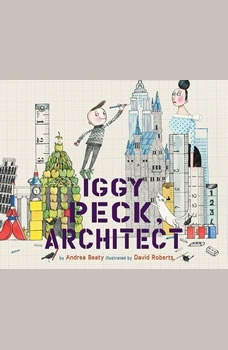 Iggy has one passion: building. His parents are proud of his fabulous creations, even though they're sometimes surprised by his materials-who could forget the tower he built out of dirty diapers? When his second-grade teacher declares her dislike of architecture, Iggy faces a challenge. He loves building too much to give it up! Andrea Beaty's irresistible rhyming will charm creative kids everywhere and will amuse their sometimes bewildered parents.