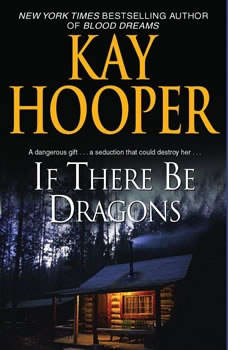 If There Be Dragons

In the isolated sanctuary of her Montana ranch, no one could hurt Brooke Kennedy, whose gift had led her to build walls of ice around her heart. One person had stormed those barricades: her friend Pepper, who embraced the world and meddled in the lives of those she loved. Now Brooke needed help, and Pepper sent troubleshooter Cody Nash to melt the barriers Brooke had raised. A golden man whose tender persuasion opened the door to the maze that was Brooke's soul, Cody dared to face the fire-breathing dragons that haunted her mind. But first, Brooke had to believe that he loved her-enough to catch her when she fell off the edge of the world. New York Times bestseller.