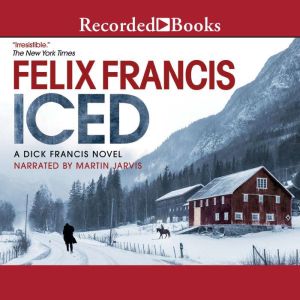 In the tradition of Clive Cussler and James Lee Burke, Iced, the latest in Francis’s fictional world, is a heart-pounding thriller that will keep you racing to the next page. Seven years ago, Miles Pussett was a steeplechase jockey, loving the rush of the race. But after an unfortunate event, he left horseracing behind and swore he would never return. Now he gets his adrenaline rush from riding headfirst down the Cresta Run, a three-quarter-mile Swiss ice chute, reaching speeds of up to eighty miles per hour. Finding himself in St. Moritz during the same weekend as White Turf, when highclass horseracing takes place on the frozen lake, he gets talked into helping out with the horses. Against his better judgment, he decides to assist, but things aren’t as innocent as they seemed. When he discovers something suspicious is going on in the races, something that may have a profound impact on his future, Miles begins a search for answers. But someone is adamant about stopping him—and they’ll go to any length to do it.