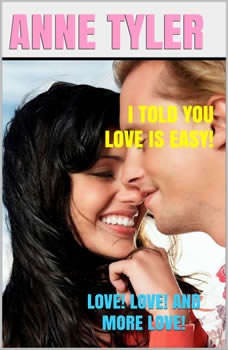 I Told You Love Is Easy!: Love! Love! and More Love!

We all know and understand that love can be complicated, but it is not difficult. Everyone has the ability to love, and if their hearts are faithful, love can be everlasting. This is the best book from this author that explains to you how love is easy, and what makes it complicated can be resolved. Like millions of her fans, enjoy this book of love, romance, and understanding so that love can be easy for you and your significant other.