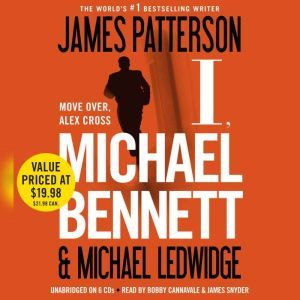 Police officers shot Detective Michael Bennett arrests an infamous Mexican crime lord in a deadly chase that leaves Bennett's lifelong friend Hughie McDonough dead. From jail, the prisoner vows to rain epic violence down upon New York City-and to get revenge on Michael Bennett. Judges murdered To escape the chaos, Bennett takes his ten kids and their beautiful nanny, Mary Catherine, on a much-needed vacation to his family's cabin near Newburgh, New York. But instead of the calm and happy town he remembers from growing up, they step into a nightmare worse than they could have ever imagined. Newburgh is an inferno of warring gangs, and there's little the police-or Bennett-can do to keep the children safe. Target: Michael Bennett As violence overwhelms the state, Bennett is torn between protecting his hometown and saving New York City. A partner in his investigations, federal prosecutor Tara McLellan, brings him new weapons for the battle-and an attraction that endangers his relationship with Mary Catherine. A no-holds-barred, pedal-to-the-floor, action-packed novel, I, Michael Bennett is James Patterson at his most personal and most thrilling best.

WOW! What a roller coaster of a thrill ride with Michael Bennett and his clan! This has got to be one of James Pattersons best books yet! At first I was afraid that the Bennett series would be a little silly with all those kids and an old priest but it rivals the Alex Cross series in both emotion and suspense. Some people call Patterson a hack and it does seem like he has a new book every week, but his writing is excellent and the stories are interesting and he makes you care about the characters and become entangled in their lives. I honestly could not put the book down. Everything was on hold until I finished it.I havent had that experience with a book for a long time. One minute I was laughing at something the kids said or did, then I would feel all warm and fuzzy over Bennetts and Mary Catherines relationship, then WHAM! I was on the edge of my seat because of some unexpected suspenseful scene and feeling outrage and sadness over some senseless murder. James Patterson writes books that are amazing, sometimes farfetched but at the same time quite realistic and a reader can believe that could happen. Patterson creates characters that are good but the good guy doesnt always win. The story might even freak out some because we know the drug problem is real in the U S and the Mexican drug cartel is largely responsible but Patterson makes it look even more real. He is incredible. If you havent tried the Bennett series I suggest starting from the first book and work up to this one. It is well worth the time. I cannot wait for the next installment of this series because Patterson has created an interesting scenario for our hero and his brood and I cant wait to see how he expands on it. If James Patterson is a hack he is a darn good hack! 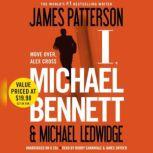