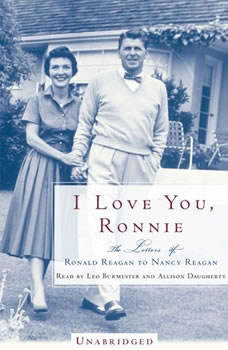 I Love You, Ronnie: The Letters of Ronald Reagan to Nancy Reagan

No matter what else was going on in his life or where he was--travelling to make movies for G.E., in the California governor's office, at the White House, or on Air Force One, and sometimes even from across the room--Ronald Reagan wrote letters to Nancy Reagan, to express his love, thoughts, and feelings, and to stay in touch. Through letters and reflections, the characters, personalities, and private lives of a president and his first lady are revealed. Nancy Reagan comments on the letters and writes with love and insight about her husband and the many phases of their life together.