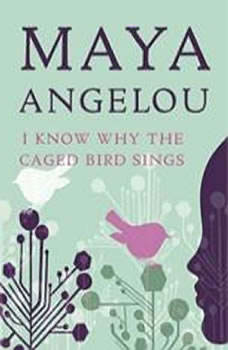 I Know Why the Caged Bird Sings

Maya Angelou’s debut memoir is a modern American classic beloved worldwide. Her life story is told in the documentary film And Still I Rise, as seen on PBS’s American Masters.

Here is a book as joyous and painful, as mysterious and memorable, as childhood itself. I Know Why the Caged Bird Sings captures the longing of lonely children, the brute insult of bigotry, and the wonder of words that can make the world right. Maya Angelou’s debut memoir is a modern American classic beloved worldwide.

Sent by their mother to live with their devout, self-sufficient grandmother in a small Southern town, Maya and her brother, Bailey, endure the ache of abandonment and the prejudice of the local “powhitetrash.” At eight years old and back at her mother’s side in St. Louis, Maya is attacked by a man many times her age—and has to live with the consequences for a lifetime. Years later, in San Francisco, Maya learns that love for herself, the kindness of others, her own strong spirit, and the ideas of great authors (“I met and fell in love with William Shakespeare”) will allow her to be free instead of imprisoned.

Poetic and powerful, I Know Why the Caged Bird Sings will touch hearts and change minds for as long as people read.

“I Know Why the Caged Bird Sings liberates the reader into life simply because Maya Angelou confronts her own life with such a moving wonder, such a luminous dignity.”—James Baldwin

Oprah's Book Club Summer 2018 SelectionA powerful, revealing story of hope, love, justice, and the power of reading by a man who spent thirty years on death row for a crime he didn't commit.“An amazing and heartwarming story, it restores our f...

“Dapper Dan is a legend, an icon, a beacon of inspiration to many in the Black community. His story isn’t just about fashion. It’s about tenacity, curiosity, artistry, hustle, love, and a singular determination to live our dre...

Wouldn't Take Nothing For My Journey Now
by Maya Angelou

Maya Angelou, one of the best-loved authors of our time shares the wisdom of a remarkable life in this bestselling spiritual classic. This is Maya Angelou talking from the heart, down to earth and real, but also inspiring. This is a book to be treas...

The earliest known prison memoir by an African American writer—recently discovered and authenticated by a team of Yale scholars—sheds light on the longstanding connection between race and incarceration in America. In 2009, scholars at Ya...

What does it mean to be a leader? In the history of leadership in America, no one has galvanized a time, place, and people more forcefully than Martin Luther King, Jr. A man who articulated a vision, crafted a strategy, and took defeats and turned ...

Even the Stars Look Lonesome
by Maya Angelou

See the difference, read Maya Angelou in Large Print* About Large PrintAll Random House Large Print editions are published in a 16-point typefaceThis wise book is the wonderful continuation of the bestselling Wouldn't Take Nothing for My Journey Now...

In The New Negro: The Life of Alain Locke, Jeffrey C. Stewart offers the definitive biography of the father of the Harlem Renaissance, based on the extant primary sources of his life and on interviews with those who knew him personally. He narrates ...

The culmination of a unique achievement in modern American literature: the six volumes of autobiography that began more than thirty years ago with the appearance of I Know Why the Caged Bird Sings. A Song Flung Up to Heaven opens as Maya Angelou r...