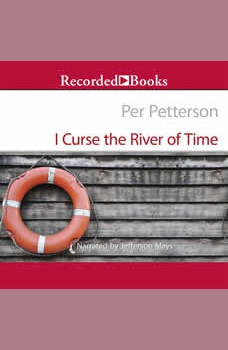 I Curse the River of Time

Per Petterson won the IMPAC Dublin Literary Award for his masterful novel Out Stealing Horses, hailed as a best book of the year by the New York Times. In I Curse the River of Time, he takes listeners to 1989, when Communism was crumbling all over Europe. Struggling through his divorce, an overwhelmed Arvid Jansen leaves Norway to reconnect with his Danish mother, who has terminal cancer. Arriving in Denmark, Arvid is flooded with memories-of his time there as a child, of vacations with his brothers, and of his days working in a Communist factory. Questioning the choices he's made, he attempts to find a new direction in life. Hailed as "a profoundly gifted novelist" by Pulitzer Prize winner Richard Ford, Petterson crafts a striking tale complemented by narrator Jefferson Mays' expressive performance. ". this author's gift is his ability to convey so much emotion in such a spare prose style. Petterson's reputation and the litany of prizes awarded to this work . make [this novel] essential for all literary collections."-Library Journal, starred review