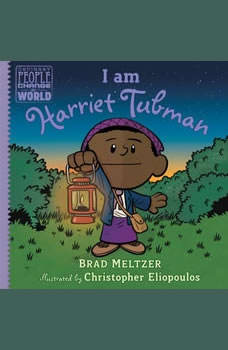 I am Harriet Tubman

This friendly, fun biography series focuses on the traits that made our heroes great--the traits that kids can aspire to in order to live heroically themselves. Each audiobook tells the story of one of America's icons in a lively, conversational way that works well for the youngest children and that always includes the hero's childhood influences. This audiobook focuses on Harriet Tubman's brave heroism as part of the movement to abolish slavery. As one of the key players in the Underground Railroad, she helped enslaved African Americans escape and find freedom.

I am Harriet Tubman
Ordinary People Change the World