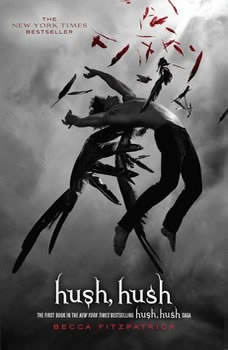 Nora Grey is responsible and smart and not inclined to be reckless. Her first mistake was falling for Patch. Patch has made countless mistakes and has a past that could be called anything but harmless. The best thing he ever did was fall for Nora. After getting paired together in biology, all Nora wants to do is stay away from Patch, but he always seems to be two steps ahead of her. She can feel his eyes on her even when he is nowhere around. She feels him nearby even when she is alone in her bedroom. And when her attraction can be denied no longer, she learns the secret about who Patch is and what led him to her, as well as the dark path he is about to lead her down. Despite all the questions she has about his past, in the end, there may be only one question they can ask each other: How far are you willing to fall?

Fates unfurl in the gripping conclusion to the New York Times bestselling Hush, Hush saga.Nora is more certain than ever that she is in love with Patch. Fallen Angel or no, he is the one for her. Her heritage and destiny may mean that they will alwa...

This special audiobook of the classic he-said-she-said romantic comedy includes essays written and read by Wendelin Van Draanen.   The first time she saw him, she flipped. The first time he saw her, he ran. That was the second grade, but not m...

A summer in Italy turns into a road trip across Tuscany in this sweeping debut novel filled with romance, mystery, and adventure. Lina is spending the summer in Tuscany, but she isn't in the mood for Italy's famous sunshine and fairy-tale landscape...