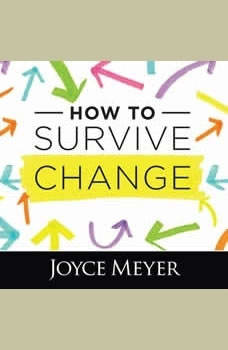 How to Survive Change

Transformation is a process we all will go through. It is sometimes long, and often painful. But the truth is, what we think is key during a time of change. A transformed life is preceded by a transformed mind. How we think about our journey may make the difference between 11 days or 40 years in the wilderness. Just ask the children of Israel. In this four-part series, Joyce uses examples from her own life, as well as some of life’s ordinary, everyday tasks to offer hope and encouragement for your journey. You will learn: There’s nothing God can’t forgive you for; You don’t have to wait to feel hopeful…you can decide to be hopeful; Some of our hardest times often lead to some of our greatest freedoms; How to do your best and let God do the rest. If you will accept the challenge, and be determined to make progress, you will see the transformation you’ve been waiting for!