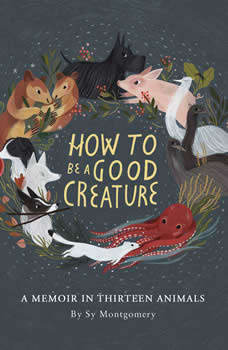 How to Be a Good Creature: A Memoir in Thirteen Animals

National Book Award finalist Sy Montgomery reflects on the personalities and quirks of 13 animals—her friends—who have profoundly affected her in this stunning, poetic, and life-affirming memoir.