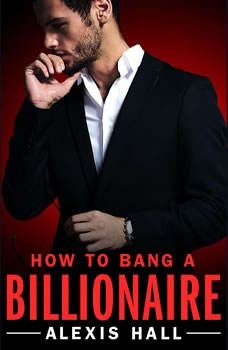 How to Bang a Billionaire

Rules are made to be broken . . .If England had yearbooks, I'd probably be "Arden St. Ives: Man Least Likely to Set the World on Fire." So far, I haven't. I've no idea what I'm doing at Oxford, no idea what I'm going to do next and, until a week ago, I had no idea who Caspian Hart was. Turns out, he's brilliant, beautiful . . . oh yeah, and a billionaire.It's impossible not to be captivated by someone like that. But Caspian Hart makes his own rules. And he has a lot of them. About when I can be with him. What I can do with him. And when he'll be through with me.I'm good at doing what I'm told in the bedroom. The rest of the time, not so much. And now that Caspian's shown me glimpses of the man behind the billionaire I know it's him I want. Not his wealth, not his status. Him. Except that might be the one thing he doesn't have the power to give me.Arden and Caspian's love story continues in How to Blow It with a Billionaire, coming Fall 2017.

Nothing Special VII
by A.E. Via

Ends of the Earth
by Keira Andrews

Riding The Storm
by Lisa Oliver

The Fall
by May Archer

Get 5% off your total order by adding 3 or more audiobooks from Arden St. Ives

How to Bang a Billionaire
Arden St. Ives #1

How to Blow It with a Billionaire
Arden St. Ives #2

How to Belong with a Billionaire
Arden St. Ives #3