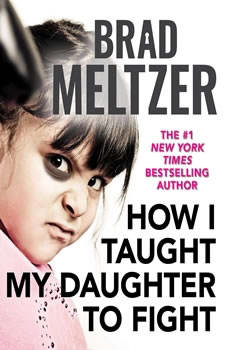 How I Taught My Daughter to Fight

Here's the true story of Brad, his daughter, and the book that was born when she entered his life.

<p>A&nbsp;New York Times&nbsp;best-selling marriage book making a difference! More than one million copies sold!</p><p>Based on over three decades of counseling, as well as scientific and biblical&nbsp;research, Dr. Em...

The ultimate “parenting bible” (The Boston Globe) with a new Foreword—a timeless, beloved book on how to effectively communicate with your child from the #1 New York Times bestselling authors.Internationally acclaimed experts on co...

Never Chase Men Again: 38 Dating Secrets to Get the Guy, Keep Him Interested, and Prevent Dead-End Relationships
by Bruce Bryans

If a man doesn't take you seriously, he may feel compelled to have a good time with you. Unfortunately this good time will last until you finally realize you're being taken for a ride or until Mr. Time Waster ultimately moves on to a woman he REALLY...

The most well-know, long-lived, and tried-and-tested relationships guide ever, the phenomenal #1 New York Times bestseller Men Are From Mars, Women Are From Venus is now available for the first time ever as an audio book. In this classic guide to u...