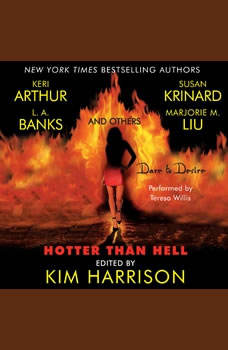 Edited by bestselling Kim Harrison, who will also contribute a story, HOTTER THAN HELL brings together the hottest supernatural and paranormal romance authors working today, exploring their sexiest stories yet. Fans of Laurell K. Hamilton and Christine Feehan won’t want to miss this sizzling collection of supernatural adventure.