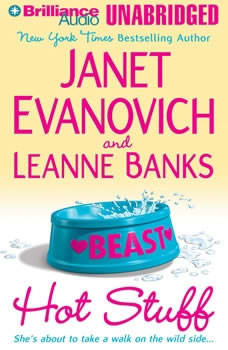 Dear Listener, Cate Madigan isn’t asking for trouble. Her wacky Irish family is constantly playing matchmaker for her with men who leave much to be desired. All she wants is peace and quiet and a nice place to live while she saves her money from tending bar in a lively Boston pub. Okay, so what if her roommate is a cross-dressing lounge singer named Marty Longfellow? In exchange for cheap rent, all she has to do is take care of his plants and collect his mail when he’s out of town. And then…Marty disappears. At the same time, a bullmastiff named Beast shows up with instructions from Marty to take care of him. Can Cate handle this 120-pound bundle of joy who wants to devour everything in sight? Ex-cop Kellen McBride has decided to make Cate’s bar his nightly hang-out. But is he just there for the beer? Or does he have an ulterior motive for getting close to Cate? When Cate comes home to a ransacked apartment, she realizes Kellen knows more than he’s saying. Problem is, he’s turning up the heat in her life - in more ways than one. Soon Cate finds herself in deep trouble with mysterious stalkers, a lovesick would-be boyfriend named Patrick Pugg, two friends who are looking for love, and the very sexy, possibly dangerous Kellen McBride. The south side of Boston has never been wilder.... Happy Listening! Janet and Leanne “Evanovich serves up consistently craveable goodies.” - People “When everything goes wrong with your day, you need a dose of loving warmth from favorite author Leanne Banks!” - Romantic Times BOOKreviews