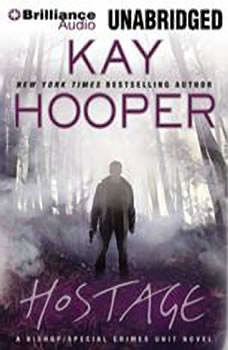 “Hooper’s unerring story sense and ability to keep the pages flying can’t be denied." —Ellery Queen Mystery MagazineNew York Times bestselling author Kay Hooper returns with a novel of blood-chilling suspense as hunters become the hunted in a desperate game of survival against all odds.…Haven operative Luther Brinkman has been sent into the wilderness of the Appalachian Mountains of Tennessee to locate escaped felon Cole Jacoby, a mentally unstable bank robber. Supposedly, Jacoby hid more than ten million dollars from his last heist before he was captured—and rather mysteriously escaped federal custody. And once Brinkman finds Jacoby, the agent is left severely wounded, with no way to convey his location to Haven.Callie Davis, an agent with the FBI’s Special Crimes Unit, has been in the area for some time due to the foresight of her boss and unit chief, Noah Bishop. But when she finds the wounded Brinkman, her rescue mission turns into a deadly game of cat and mouse. What neither Luther nor Callie knows is that their quarry is far more than an escaped bank robber. And that in hunting him, they will find themselves being hunted by him, and will discover him to be the worst monster either of them has ever known.

Out of the Shadows
Bishop-Special Crimes Unit #3