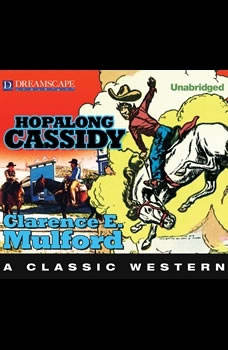 Hopalong Cassidy, the iconic western cowboy hero conceived by Clarence Mulford, was immortalized in a highly popular film series starring William Boyd from 1935-1948. A tough-talking and violent character in print, Hopalong Cassidy was remade into a clean-cut screen hero who roamed the West with his sidekicks and fought villains who took advantage of the weak. Here Cassidy is drawn as Mulford originally conceived; rough-and-tumble, foul-mouthed, and thriving on brawls and gunplay. Set in the raw, unforgiving American frontier, this action-packed classic pits Hopalong Cassidy and the rest of the Bar-20 crew against a violent gang of vigilantes.