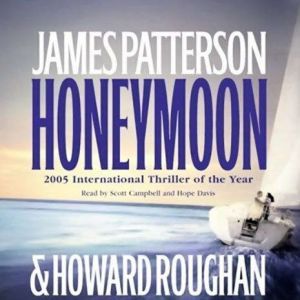 The honeymoon is over, now the murders can begin. America's #1 thriller writer returns with his sexiest, scariest novel ever. Hotter than The Beach House and scarier than Kiss the Girls, James Patterson's explosive new thriller introduces a bride who is beautiful, talented, devoted, and deadly.When a young investment banker dies of baffling causes, FBI agent John O'Hara immediately suspects the only witness, the banker's alluring and mysterious fiance. Nora Sinclair is a beautiful decorator who expects the best, and will do anything to get it. Agent O'Hara keeps closing in, but the stronger his case, the less he knows whether he's pursuing justice or his own fatal obsession. In a novel so compelling it reads like a collaboration with Alfred Hitchcock, James Patterson unveils surprise after surprise that will keep readers guessing until the last deadly kiss.

This was my first Patterson novel and at first I was surprised to see how elementary the writing style was. However I decided I would read through the novel to see if it improved any. The charecter structure and plot structure were simple but I can not honestly say the story was a bad one, in fact I found that i liked the story and the reading was rather quick. overall I would recommend this novel, but would warn you not to expect a lot of details, just a basic simple but somewhat interesting story, with a few small surprises. I will have to read further works of Pattersons before I can truely decide if I love or hate his style.

This is a great book for mind candy. The writing keeps you entertained and holds your interest and its just a fast, easy read when you need a book for a distraction.Have to say Im not a fan at all of the ending but other than that most enjoyable when you need a break