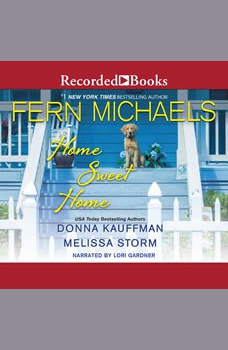 What makes a place feel like home? A mothers embrace, the warmth of new friendship, a sweet reunionall can be found in these unforgettable stories THREES A CROWD Fern Michaels This Mothers Day will be the first in three years that Samantha Stewart has spent with her parents. And shes bringing a very special giftthe baby granddaughter theyve never met. Sams work as an overseas reporter was exhilarating and dangerous. Now shes seeking stability for little Carolineand answers for herselfand finding them in a homecoming full of surprises NEW BEGINNINGS IN BLUE HOLLOW FALLS Donna Kauffman The moment she set foot in Blue Hollow Falls, Dubliner Katie MacMillan felt right at home. Back to help with her sisters pregnancy, shes contemplating her own future, especially when she confronts Declan MacGregor, her childhood tormentor and first crush. This Blue Ridge town was supposed to be a new beginning, but can it also be the setting for a second chance? BRING ME HOME Melissa Storm For Hazel Long, spending time with her bedridden father is bittersweet. Theres comfort in the friendship offered by other hospital visitorsand the kindness of a handsome male nurse. And when Hazels father begins to tell her the story of the mother she barely knew, its an unexpected chance to bond, and a lesson in making the most of each new day