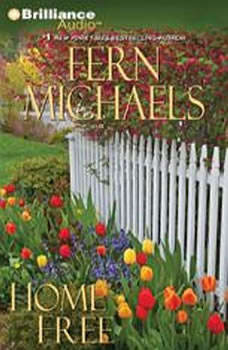 United by a desire to overcome their personal misfortunes, seven very different women formed an indelible bond and vowed to right wrongs wherever they found them. They’ve succeeded beyond their wildest dreams. After years known as the Vigilantes, Myra, Annie, Kathryn, Alexis, Yoko, Nikki, and Isabelle are enjoying their hard-won freedom and the chance at a normal life. As it turns out, once you’re a part of the Sisterhood, normal is a relative term. President Martine Connor, their long-time ally, has announced the formation of a top-secret organization. Officially, the CIC won’t exist. Unofficially, they’ll report directly to the president and tackle the jobs no one else can handle. For the Sisterhood, it’s the end of an era — and the beginning of a whole new adventure… Praise for Fern Michaels and her Sisterhood novels: “Revenge is a dish best served with cloth napkins and floral centerpieces…fast-paced…puts poetic justice first.” — Publishers Weekly on Payback “Delectable…deliver[s] revenge that’s creatively swift and sweet, Michaels-style.” — Publishers Weekly on Hokus Pokus

For every secretDetective Lindsay Boxer's long-awaited wedding celebration becomes a distant memory when she is called to investigate a horrendous crime: a badly injured teenage girl is left for dead, and her newborn baby is nowhere to be found. Lin...

The Scoop
by Fern Michaels

Teresa “Toots” Amelia Loudenberry has crammed a great deal of living—not to mention eight much-loved husbands—into her varied and rewarding life. Newly single, Toots is ready to taste life again, and fate has just handed her ...

The Sooner the Better
by Debbie Macomber

She’s stuck with Jack.…Lorraine Dancy has just discovered that everything she believes about her father is a lie—starting with the fact that Thomas supposedly died years ago. Now she’s learned that not only is he not dead, he...

The Lucky One
by Nicholas Sparks

Is there really such thing as a lucky charm? The hero of Nicholas Sparks's new novel believes he's found one in the form of a photograph of a smiling woman he's never met, but who he comes to believe holds the key to his destiny. The chain of event...