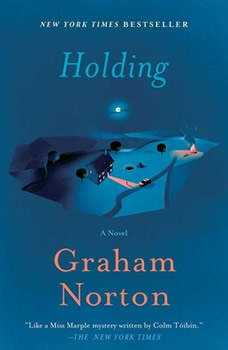 From Graham Norton, the BAFTA-award-winning Irish television host and author of the “sparkling and impish” (Daily Mail) memoirs The Life and Loves of a He Devil and So Me, comes a charming debut novel set in an idyllic Irish village where a bumbling investigator has to sort through decades of gossip and secrets to solve a mysterious crime.The remote Irish village of Duneen has known little drama but when human remains are discovered on an old farm, suspected to be that of Tommy Burke—a former lover of two different inhabitants—the village’s dark past begins to unravel. As the frustrated sergeant PJ Collins struggles to solve a genuine case for the first time in his life, he unearths a community’s worth of anger and resentments, secrets and regret. In this darkly comic, touching, and at times heartbreaking novel, perfect for fans of J.K. Rowling’s The Casual Vacancy, Graham Norton employs his acerbic wit to breathe life into a host of loveable characters, and explore—with searing honesty—the complexities and contradictions that make us human.