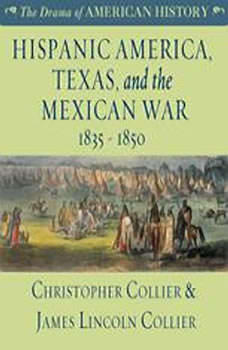 Hispanic America, Texas, and the Mexican War examines the history of the southwestern area of the United States. Topics covered include the settlement of the area that became the southwestern portion of the United States, detailing how it evolved from land settled by Native Americans, to Spanish territory, to states that were pawns between the North and South prior to the Civil War.

Hispanic America, Texas, and the Me...
The Drama of American History Serie...

Clash of Cultures
The Drama of American History Series

The Paradox of Jamestown
The Drama of American History Series