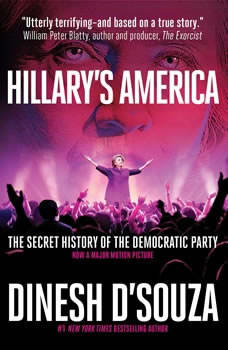 Hillary's America: The Secret History of the Democratic Party

Dinesh D’Souza, author of the #1 New York Times bestseller America, is back with this darkly entertaining deconstruction of Hillary Clinton’s flawed character and ideology. From her Alinskyite past to her hopes for America’s progressive future, the presumptive Democratic nominee is revealed to be little more than a political gangster intent on controlling the nation’s wealth. D’Souza chronicles the sleazy ascent of the Clintons and makes clear what some voters have long suspected: that Hillary is far more dangerous and corrupt than Bill ever was.

Donald Trump won the presidency by being a one-man wrecking ball against our dysfunctional and corrupt establishment. Now Ann Coulter, with her unique insight, candor, and sense of humor, makes the definitive case for why we shou...

From #1 New York Times bestselling author and radio host Mark R. Levin comes a searing plea for a return to America’s most sacred values.In Rediscovering Americanism, Mark R. Levin revisits the founders’ warnings about the perils of over...