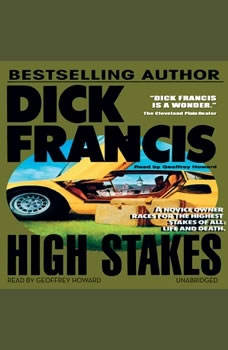 Steven Scott is relatively new to horses. A successful, wealthy inventor, he takes up horse racing as a hobbya hobby that soon brings him winner after winner under the inspired guidance of his trainer, Jody Leeds. Currently both their reputations are wrapped up in a beautiful black hurdler named Energise. But just when Steven is winning at both women and horses, he discovers deceit in his own stables. Termination of the troublemaker marks Steven for his own terminationand much sooner than he can imagine.

A Murder of Promise
by Robert Andrews

When legendary Washington Post reporter Mary Keegan is found murdered, homicide detectives Frank Kearney and Jose Phelps pull up the file on another open case. There as here, the victim was a female who had been hacked to death in a public park. And...

The Big Dig
by Linda Barnes

Carlotta Carlyle, the six-foot-tall redhead private investigator, thought that working undercover searching out fraud on Boston's Big Dig would be a challenging assignment. After all, the Big Dig, the creation of a central artery highway through dow...

Odds Against
by Dick Francis

It’s amazing what bodily injury can do for a man. A fall from a racehorse left brilliant jockey Sid Halley dangerously depressed, with a wrecked hand and the need for a new career. It was a bullet wound that helped him find one. Although he&rs...