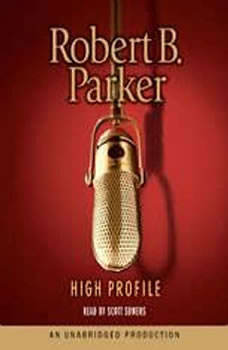 When the body of controversial talk-show host Walton Weeks is discovered hanging from a tree on the outskirts of Paradise, police chief Jesse Stone finds himself at the center of a highly public case. When another dead body–that of a young woman–is discovered just a few days later, the pressure to solve the crimes becomes almost unbearable.
Two victims in less than a week should provide a host of clues, but all Jesse runs into are dead ends. Yet what may be the most disturbing aspect of these murders is the fact that no one seems to care–not a single one of Weeks’s ex-wives, not the family of the girl. And when the medical examiner reveals a heartbreaking link between the two departed souls, the mystery only deepens. Forced to delve into a world of stormy relationships, Jesse soon comes to realize that knowing whom to trust is indeed a matter of life and death.

Couldn't get into this one.... 'Jessie said' seemed to be every second word out of the authors mouth.... Didn't do anything to capture me and I gave up after listening 10 mins

I didn't even listen to this book because I felt that the reader was awful. All I heard was he said she said they said. I found it very distracting.

This is one of the worst books on tape. I don't know how I've suffered through 2 of the 5 CD's, but I'm through. There were so many 'Jesse said', 'Suitcase said', 'Jen said', 'Sunny said' that it was too distracting to listen. I would not recommend this one.