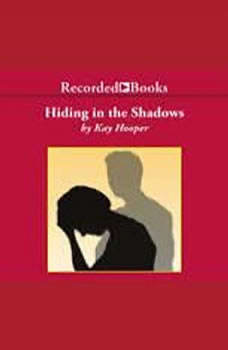 Hiding in the Shadows

Accident victim Faith Parker has done what her doctors feared she never would: awakened from the coma that held her prisoner for weeks. But she has no memory of the crash that nearly killed her—or the life that led up to it. Nor does she remember journalist Dinah Leighton, the steadfast friend who visited her in the hospital...until she disappeared without a trace. Now as Faith begins to regain her strength, she’s shocked by intimate dreams of a man she doesn’t recognize and tortured by visions of violence that feel painfully real. Something inexplicable ties her lost memories to Dinah’s chilling fate. But even as Faith tries to understand the connection and reach out to save Dinah, death is stalking both women. And one of them will not escape its lethal grasp. FBI agent Noah Bishop has a rare gift for seeing what others do not, a gift that helps him solve the most puzzling cases. Now, read more of his electrifying adventures in two stand-alone tales of psychic suspense.

i love kay hooper. she writes mysteries using people who are like xmen. there's even a special task force of the cia or fbi, of people who are psychic, telekenetic, etc. in this one, a woman wakes from a coma, remembering nothing, but having to save her best friend she doesnt even know she knew... really great book.

Out of the Shadows
Bishop-Special Crimes Unit #3