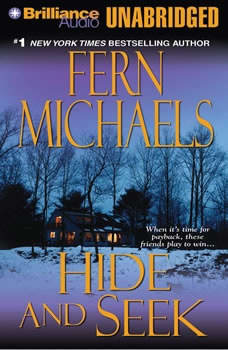 The Sisterhood: a group of women from all walks of life bound by friendship and a quest for justice. Armed with vast resources, top-notch expertise, and a loyal network of allies around the globe, the Sisterhood will not rest until every wrong is made right.Payback has its price, and the Sisterhood’s last assignment almost landed them in jail. Now the women are fugitives with a bounty on their heads, but they’re not planning on hiding out for long—not when good friends need the kind of help only they can give.Mitch Riley, the ruthless assistant director of the FBI, intends to frame Cornelia “Nellie” Easter, the judge who helped the Sisterhood evade prison, and their lawyer, Lizzie Fox, in order to save his own career. He’s created a special task force to hunt the Sisters down. Mitch has the entire FBI behind him, but he’s about to discover that he’s no match for seven formidable women with an unbreakable bond and a wickedly cunning plan to bring the fight right to his door . . .