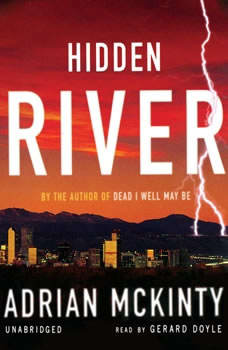 In this electrifying noir thriller, a young Irish ex-cop travels half a world away to investigate the murder of a beautiful girl he once loved. Alexander Lawson is a former detective for Northern Ireland’s police force who, after a disastrous stint in the drug squad, became addicted to heroin and resigned in disgrace. Now twenty-four, sickly, and on the dole, Alex learns that his high-school love, Victoria Patawasti, has been murdered in America. Victoria’s wealthy family sends Alex to Colorado to investigate the case, and he seizes the opportunity for a chance at redemption. But things don’t go as planned. Plagued by a heroin habit, forced to go on the run after the only credible witness to Victoria’s murder is accidentally killed, wanted by both the Colorado cops and the Ulster police, Alex struggles just to stay alive. Winner of the AudioFile Earphones Award. Audie Award Finalist. An Audible.com Bestseller.