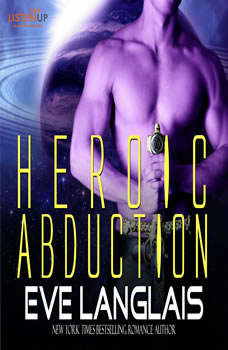 He’s determined to rescue her, whether she likes it or not. Bucking family tradition, Dyre is determined to become his planet’s first hero, even if it breaks his mother’s heart. He sets out on numerous quests to bring justice to the universe. However, his altruism never seems to turn out quite as expected. Who knew doing the right thing was so hard? In between saving those who don’t want his help—and the chaos that follows—he rescues a damsel in distress. She doesn’t appreciate his heroic abduction, and even worse, once Dyre gets to know the outspoken human, he entertains less-than-noble thoughts about ravishing her. It takes only a couple of comical mishaps, some hot kisses, and danger for Dyre and Betty, to discover their happily ever after—and thank the stars for a heroine who ends up saving this hero, and the galaxy, from his chivalrous side.