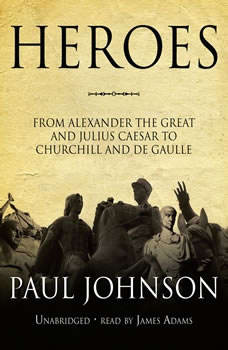 Heroes: From Alexander the Great and Julius Caesar to Churchill and De Gaulle

In this enlightening and entertaining work, Paul Johnson continues his engaging history series. As he has done in previous books, he approaches the subject of heroism by example. Here are men and women from every age, walk of life, and corner of the worl