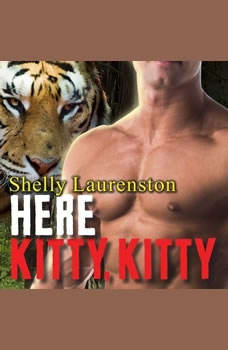 Nikolai Vorislav likes his single life just as it is. Simple, relaxing, and quiet. What he doesn't need is some foul-mouthed Texan hellcat living in his house, eating his food, flirting with his idiot brothers, and shooting holes in his home with his granddaddy's gun. But those long legs, dark eyes, and lethal tongue are making Nik insane, and he fears that he may be caught in the sexiest animal trap ever. Angelina Santiago doesn't know how she got from Texas to North Carolina in a night or how she ended up in some hillbilly tiger's house wearing only a sheet. What she does know is that she doesn't like good ol' boys with slow, sexy drawls who can't seem to stop rubbing up against her. Yet in order to protect her friends, Angie has to stay with a cat who seems hellbent on finding all sorts of delicious ways to make her purr.Contains mature themes.